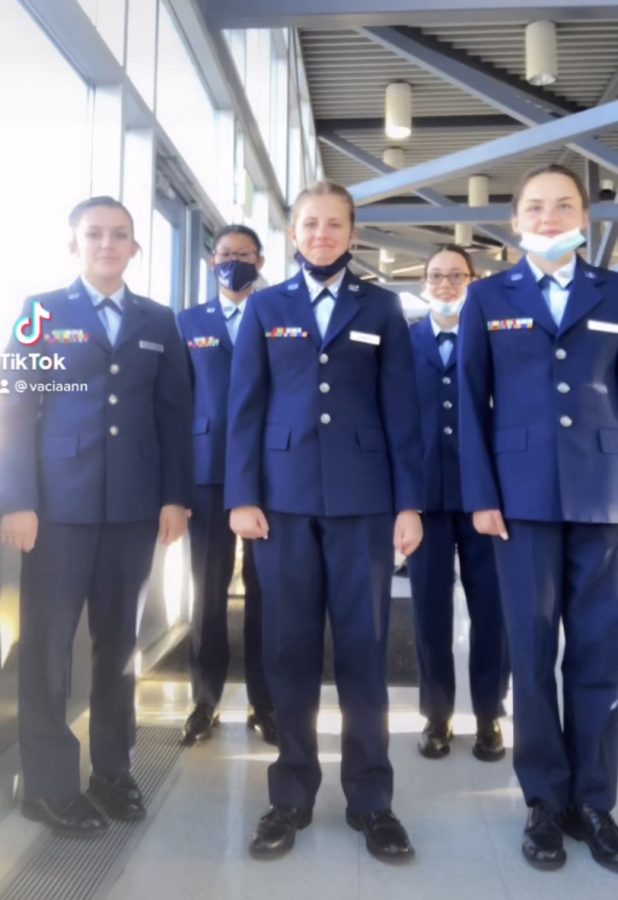 Junior ROTC is a great experience and something to enjoy.

“[I want] to join the military when I am older,” Sophomore Jack Merrill said, describing why he joined JROTC.

Merill said that the Air Academy’s JROTC is by far one of the best. Merill is actually on the drill team and he says that he really enjoys it. What Merill loves the best about JROTC is the uniform days; he likes how crisp and neat it looks, and he likes the fact that it gives off a professional vibe.

JROTC has a lot of events that they do, and Merill’s favorite event of all is when they go to wings over the Rockies. Wings over the Rockies is an Air and Space Museum. The museum preserves the history of Lowry AFB’s operations from 1938 to 1994. It has a lot of different planes to view, and visitors can even test-fly the Wright brothers plane! The museum also plays a short movie explaining the history that can be experienced and the background.

If Merill could change one concept about JROTC, he would change the PT test and how often they do it, because he really enjoys the PT and he would love to do it more.

Sergeant Archuleta has been teaching JROTC ever since he retired from the military in 2010. Archuleta started in a program in Thornton, Colorado. He loved it, and he fell in love with teaching.

He said he left the program for about two years, but then he came back into the program and there was an opening here at Air Academy High School. Archuleta applied and Colonel Huber and the principal at Air Academy thought that he was one of the best fits for the job, so he started working here.

“When I started the other program because we were a brand new unit, the Air Academy had a phenomenal track record,” Archuleta said.

He said everybody in the state of Colorado knew about the Air Academy, especially the drill team and the raider team. When he saw the opening and talked to the Colonel, Archuleta was excited because he knew that this was a good program. It is also the biggest program in the state with 301 cadets. He says that it is also why he would choose this program over any other program. Archuleta loves JROTC because he is able to inspire them, teach them, and encourage them.

Archuleta also likes helping his students make decisions on what they are going to do after high school and helping them meet some of their goals. Whether they want to go to college or join the military, he loves the fact that he gets to be a part of that process with them. He really likes the drill team in particular. Not only does he help coach the drill team, he also judges different drill teams around the state. Archuleta is actually one of the head judges at the Air Force national event to evaluate all the drill teams that come in for that competition.

Sophomore Adriana joined the JROTC program because she wants to join the military when she graduates from high school. The district that she was at didn’t have JROTC until she was a junior but then she would be a first year as a junior. So she looked up schools that did JROTC all four years and she found Air Academy. Adriana says it could also help her get into good colleges like the Air Force Academy, Adriana wants to go to the Air Force Academy for college so she says JROTC will give her some experience and it’ll help her. She said it’ll be really good on her resume for college. Her unit is really fun. She feels like it’s a little family.

They all know each other and the people in Adriana’s flight have been in her flight since the first year, so she’s close to them.  Last year because of COVID, Adriana didn’t really get to experience many of the quality parts of JROTC, but so far this year she really enjoys the picnics and other experiences that they have. She doesn’t really think there is much that needs to be changed, and she says it’s fun, the instructors give them good notes, they help them on the tests, and are really good in general. There you have it! You have heard some great opinions about JROTC from our very own students. They hope you consider the great aspects this program has to offer.