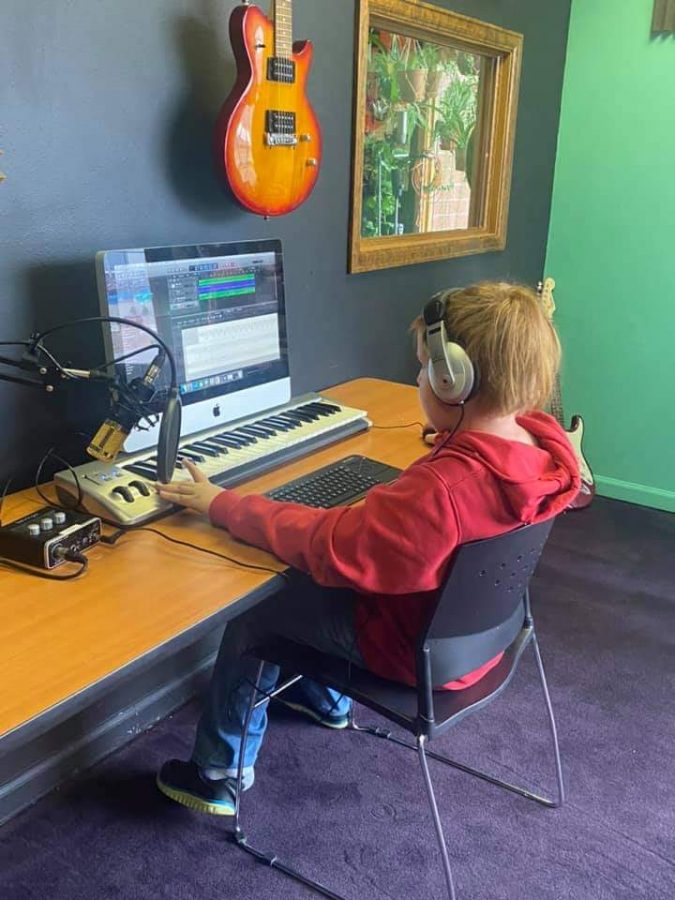 Brilliant Youngster Develops a Masterpiece at the Colorado Springs Conservatory.

Music is a method of escape from stress and unpleasant ambiance. It can turn a day of pulling weeds into a day of listening to music. Its value varies between people; some hate it, and others love it.

“You can experience everything in the world with music,”  Karalina Coates said, a Senior band member at Air Academy.

It is less about how much you value it than why you value it. What does music really mean to you? To Karalina, it gives her brain another perspective and lets her experience the world with an extra factor.

Music is something that can be used passively or as the main focus. You may have smooth jazz in the background in your LA class or classical music during a test. You may also go to a concert where the band on stage is the center of attention.

The range between music is incomprehensible. When thinking about the range of music styles I started thinking outside of the realm of reality and time-space. These different kinds of music are called genres. To a casual person, these genres are pop, country, pop-country, rap, and rock. There are a few more main genres such as blues, R&B, jazz, etc. But where music really gets classified is a subgenre.

“It’s probably gonna be pop and rock, at the same time!” Alan Brown, an upcoming rockstar at Air Academy stated when asked about his favorite genre.

Pop and rock are both mainstream genres meaning there is a lot of music written for them. I’m sure Alan is going to be able to find some fantastic music to suit his preferences.

Speaking of the mainstream, what exactly is it? Is it just popular music, or is it identified by something more specific? Mainstream music is the music that is played on 99% of radio stations. It is Ed Sheeran, AC-DC, Maroon 5, or any other group whose songs are played 24/7 on the radio.

If they weren’t fun, they wouldn’t have been common practice for the last seventy years. The predictability also makes them easier to sing along to, especially in the car.

With your newfound knowledge of music, do you still appreciate music in the same way, or even more? A poll on the front page of The Jetstream Journal will allow you to show your appreciation by flaunting your favorite genre. Hopefully, you will also support music classes and groups at Air Academy too; they definitely deserve it!