The Jetstream Journal • May 3, 2021 • https://thejetstreamjournal.com/29603/opinion/air-academy-forensics-is-headed-to-nationals/ 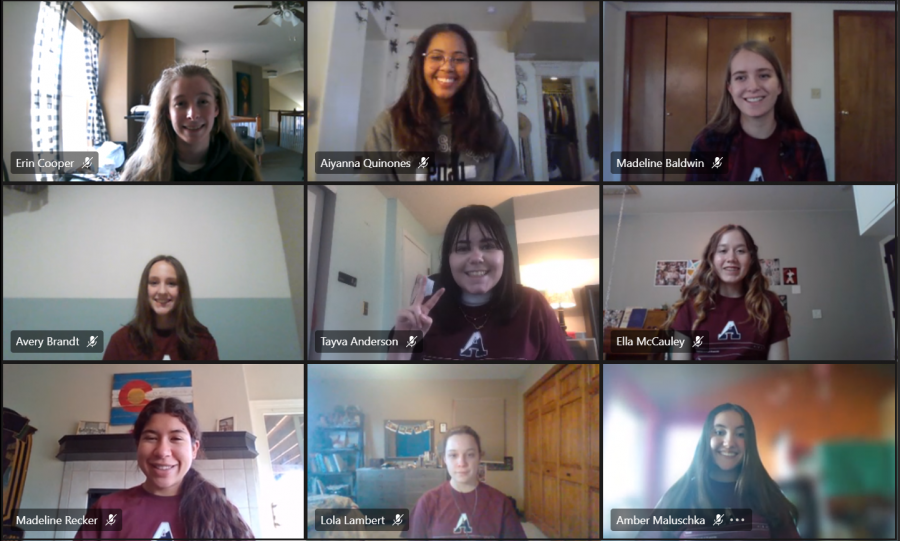 RusBankNet
Forensics. For many, the word invokes a mental image of crime scenes and lab coats; and while the Air Academy forensics team does sometimes collect evidence, it is rarely of the criminal variety. For members of the team, the word “forensics” paints a different picture: one of suits, timed speeches, and at times, intense cross-examinations.

Speech and debate is a tremendously varied activity. Much like a sport such as track and field, forensics consists of several different events, which can be divided into three primary categories: debate, public speaking, and interpretation.

“Despite what people think, it’s not just ‘speech’ or ‘debate.’ There is a wide variety of events like drama interpretation, duo interpretation, and my favorite: extemporaneous speaking!” said senior Kylie Andrew.

Stephanie Botsford, assistant coach for Air Academy’s forensics team, also took note of the immense variety of events and how that factors into the appeal of speech and debate as a whole.

“Under the umbrella of forensics (speech and debate), there are opportunities for students to act (humor, drama, poetry, oral interpretation, duo), debate (public forum, Lincoln Douglas, congress), and orate (original oratory, informative, extemporaneous speaking),” explained Botsford. “The number and variety of events increase all the time. There is, quite literally, something for everyone!”

As a part of the Air Academy forensics team, students have the opportunity to compete in the Colorado Springs High School Activities Association State Tournament as well as the National Speech and Debate Association’s National Tournament.

Forensics is an invaluable activity, on both an academic and personal level. Renee Motter, the coach for AAHS’ forensics team, explained how forensics fosters invaluable skills.

“Students learn and develop skills like critical thinking, communication, and collaboration which are all very important in school and life and will help students as they work toward all of their goals,” said Motter, who is also the Talented and Gifted coordinator.

Botsford also expounded on this, explaining, “Academically, students learn to organize ideas, learn the art of persuasion, and learn research skills. And, no matter the event, students develop strong communication skills and the art of critical thinking.”

In addition, forensics is commonly cited as one of the best extracurriculars to feature on college applications.

“Colleges and employers all love to see speech and debate on resumes because it means students have worked to improve some of the skills they are looking for in students and employees,” explained Motter.

“We always remind students and parents that this activity is one of the top things colleges look for on an application. But for us, more importantly, the students will carry the skills they use over the course of the year directly into the classroom when they go to college,” said Botsford. “Year after year we have alumni tell us how they didn’t have to sweat the big college presentation because they already understood how to not only write that presentation, but they understood how to give that presentation in an effective and impactful way.”

Undoubtedly, involvement in forensics is accompanied by numerous academic benefits; however, I would say that the personal and social aspects are far more profound. My participation in speech and debate has been responsible for some of my most rewarding friendships, and has also fostered my confidence and public speaking skills.

“I have learned so much from being on this team and have truly found my voice when it comes to especially controversial topics,” said Andrew. “I rarely ever expressed my opinion in class, but nowadays I don’t hesitate for a second.”

“By doing this extracurricular, you improve your communication, build a community around yourself, and learn how to use your voice to help the world,” summarized sophomore Kianna Gray.

This year, although successful, has not been without challenges. Due to Covid-19, practices and competitions have been entirely online, which has presented an entirely new set of challenges.

“This year our season has been fully online which is such a different speaking platform, so it is very challenging, but we’ve been working through it nonetheless,” said Gray.

Perhaps hardest to adjust to was the formatting changes of competitions. Public speaking events, such as poetry and original oratory, were held asynchronously, with competitors submitting videos to be judged. Debate events, such as congress and public forum, were held over Zoom call. Students had to adapt to the online environment, such as reworking hand gestures to be visible on screen.

“Let me say how fortunate we felt that, unlike so many other activities, ours could continue online,” said Botsford. “And, while it absolutely wasn’t the same, it did provide what I think is a surprising opportunity. As we move to a more virtual world, how great is it that our students spent a whole year learning to communicate effectively across this medium? As more and more virtual communication forums arrive both in academics and in the working world, people are going to need skills to navigate in this environment.”

Despite the frequent connectivity and audio issues, ultimately, the online experience was a beneficial one, and AAHS forensics had an immensely rewarding and successful season.

“In addition to many individual and team awards at tournaments throughout the year (including tournaments in Louisiana, Kentucky, and Utah), Air Academy had eleven students compete at the CHSAA State Tournament, and nine of them placed, including Tayva Anderson who is the State Champ in Poetry,” said Motter. “In June, we will also have eleven students compete at the NSDA National Tournament!”

The regular season ended in March, but will begin again in September. Students are now preparing intensively for nationals, which will also be held virtually.

“AAHS has had students do well at invitational tournaments, the state tournament, and the national tournament. At the end of each year we have awards night. We place all the awards students have won over the course of the season together so they can see some of the tangible results of their hard work,” said Botsford. “But that brings me to a really, really important core value of the AAHS team. Ms. Motter and I believe that while it is really fun to win awards – and it is – the work students put in to develop their skills is much more important. It is the work and the skills students develop that they will use for the rest of their lives!”

“Speech and Debate is a wonderful activity for everyone!” concluded Motter. “We’ll start practices for next year in September, so look for information and join the Air Academy team for the 2021-22 school year!”

We look forward to seeing some new faces!