The Jetstream Journal • May 20, 2021 • https://thejetstreamjournal.com/29342/opinion/traditional-vs-digital-artwork/ 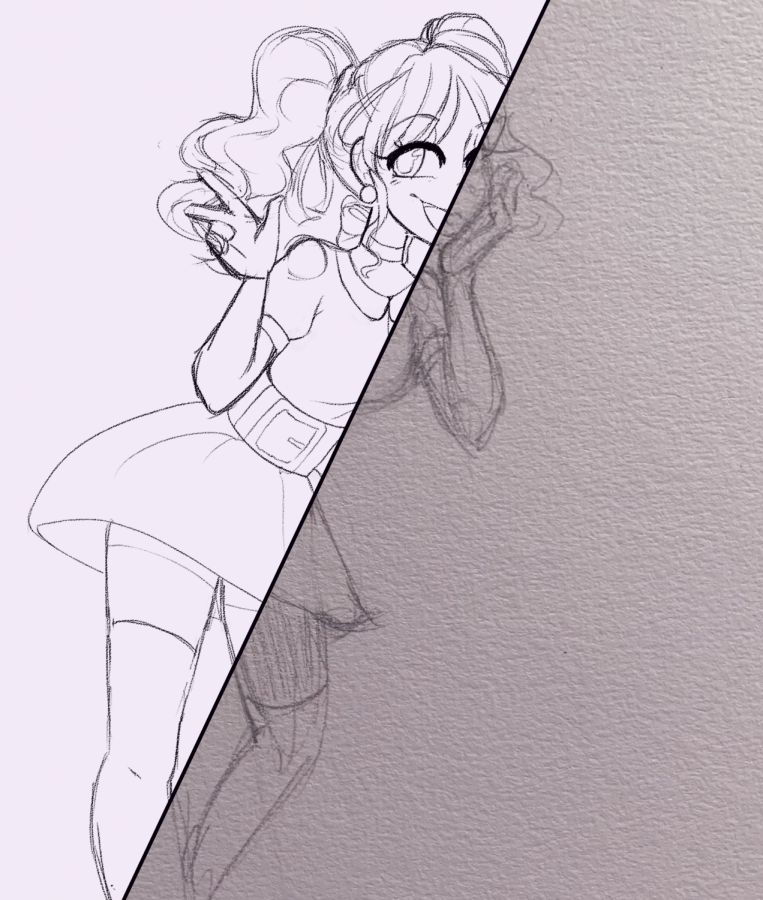 rusbankinfo.ru
One of the most recent mediums to rise up in the art world happens to be digital art. With the growth of technology throughout the years, it is no surprise art would take this form.

However, many traditional artists seem to hold disdain for those who revolve around digital art.

First, in order to understand their differences, we’ll need a definition of each.

Traditional art, put simply, is the act of creating a physical piece of art. This term has come about and changed in the art world to reference an artist who solely uses real-world mediums. This can reside in so many different forms, but for the sake of this argument, we will focus on painting, drawing, and the likes.

Digital art is the creation of art mainly created through a computer or other forms of technology. This can be done in many different ways, most commonly done through Cintiq tablets. Digital art has many different uses as well! Some of the biggest forms being animation and digital illustrations.

This controversy, of sorts, lies within traditional artists and their belief that digital art is not authentic, or is seen to be considered cheating.

“I can totally see digital art as cheating…it’s so easy to steal and trace art,” said Zowwie Bonner, a junior at Air Academy high school, “Especially with all the helpful tools and digital pens online, but it is just as hard as traditional art, to begin with.”

It must be stated that both digital and traditional arts are of extreme importance in our world today, and both come with much-needed skill, patience, dedication, and practice.

“Digital art is simply a [newer] medium that has come about as a result of the digital age,” wrote Malcolm Monteith in his article titled ‘Is Digital Art Cheating? (Spoiler Alert: It Aint)’.

Despite the title of this article, my goal is not to find the best between the two, but to settle any disputes.

Both digital and traditional arts are used heavily in our worlds today and in fact, in many art-based careers, artists use both.

There should no longer be a heavy separation between the two, both are a part of the art community and both are able to stand with the same level of skill and development.

There will always be art theft, unfortunately, but both traditional and digital art communities may experience this. Tracing should not be roped up into a reason as to why digital art is lesser than traditional.

Digital art is not cheating, it still takes a lot of skill to get better and continue to improve. Yes, both can be wildly different in terms of execution and piece displays. But they are still both art!

An artist whose main medium is painting will have vastly different steps in finishing a piece than an artist who mainly focuses on digital illustrations. Both may take the same amount of time and effort, or one may take longer than the other.

It’s rare to find many artists who are one-trick ponies.

A digital artist may sign up for every single art class offered to them, not because it is or is not digital, but because they love art. A digital artist can still create traditional art, which means the reverse is also true!

“Both types of arts are unique and in their own sense require a different application of techniques,” explained Bonner, “It’s fun to see how art can be transformed.”

In many school systems, the most commonly held art classes revolve around the traditional arts. For me, this has led to many different practices with new mediums I otherwise wouldn’t have attempted. I have never minded the chance to try something new, but when the topic of digital art is brought up, it is often not accepted as quickly by traditional-based peers.

Many other digital artists have shared similar stories in the past of occurrences like this, and it is quite unfortunate. The differences in traditional and digital art don’t have to be ignored, but they also should not be used against one another.

Some traditional artists have argued that digital art is easier, less risky, and is a means of automation.

However, the bottom line is that both categories take the same amount of skill! Just because they are different, does not mean one is less talented than the other. It’s a matter of preference. At the end of the day, both parties are still creating something from nothing.

Both are valuable to the world we live in and both are full of potential and skill!