And the Grammy Goes To… 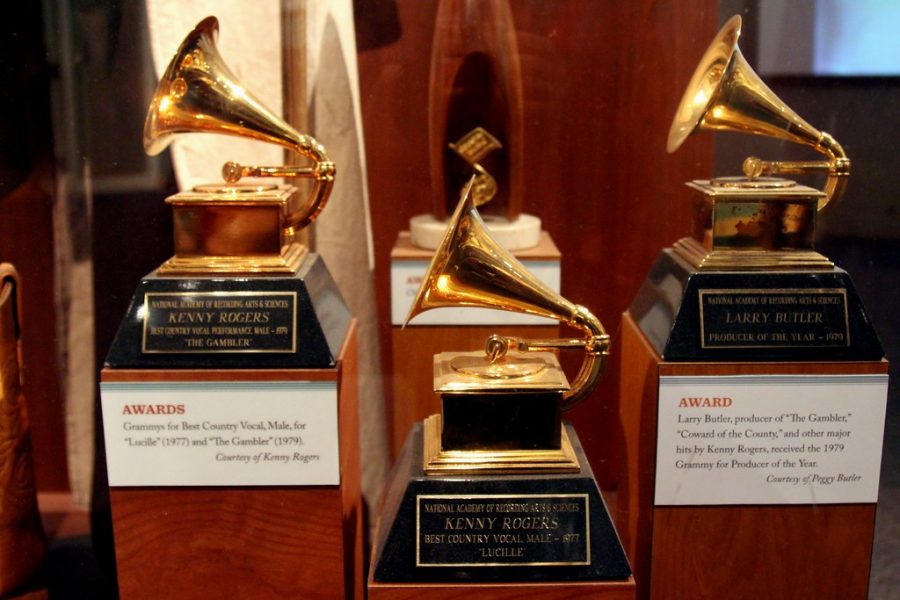 The biggest night in music is nearly upon us–albeit two months late and without a live audience.

Hosted by The Daily Show’s Trevor Noah, the 63rd Grammys will air on March 14. Here at the Jetstream Journal, we’ve assembled a team of clairvoyant music-enthusiasts to offer our best predictions for the coming ceremony.

Record Of The Year

EVERYTHING I WANTED – Billie Eilish

What will win: “Everything I Wanted” by Billie Eilish

Billie Eilish had an impressive turnout at the 62nd Grammys, one that looks sure to continue this coming ceremony. Though Eilish is the favorite, the top contenders are also Dua Lipa and Meghan Thee Stallion.

Album Of The Year

What will win: “Folklore” – Taylor Swift

Taylor Swift has won Album of the Year not just once, but twice, and it looks as if she will soon win a third. “Folklore” was an impressive addition to her discography, and the Grammys seem to agree. If “Folklore” doesn’t take home the trophy, look to “Future Nostalgia” as the main contender.

Song Of The Year

My top pick: “If the World Was Ending” by Julia Michaels & JP Saxe

Mrs. Anderson’s pick: “Don’t Start Now” by Dua Lipa and “Everything I Wanted” by Billie Eilish

What will win: “Cardigan” by Taylor Swift

Taylor Swift is arguably overdue for a Song of the Year win. With impressive songwriting abundant in all of the “Folklore” album, Swift will likely take home the award for songwriting with “Cardigan.” If not Swift, likely contenders are “I Can’t Breathe” by H.E.R. or “Everything I Wanted” by Eilish.

Who will win: Meghan Thee Stallion

Meghan Thee Stallion had a phenomenal first year. She had several hits, including “Savage”, which was nominated in several other categories.

RAIN ON ME – Lady Gaga with Ariana Grande

My top pick: “Dynamite” by BTS

What will win: “Rain on Me” by Lady Gaga with Ariana Grande

BTS had an impressive year, with “Dynamite” becoming a massive commercial hit; however, the Grammys haven’t had a particularly good track record with groups in the past, and it’s unlikely that they, or the general public, are ready for a K-pop win. Expect the win to go to “Rain on Me” or “Exile.”

View the complete list of nominees here, and watch the 63rd Grammys live on CBS at 6 PM MT on Sunday, March 14.