Is The 14-hour Wait for a Burger Worth It? 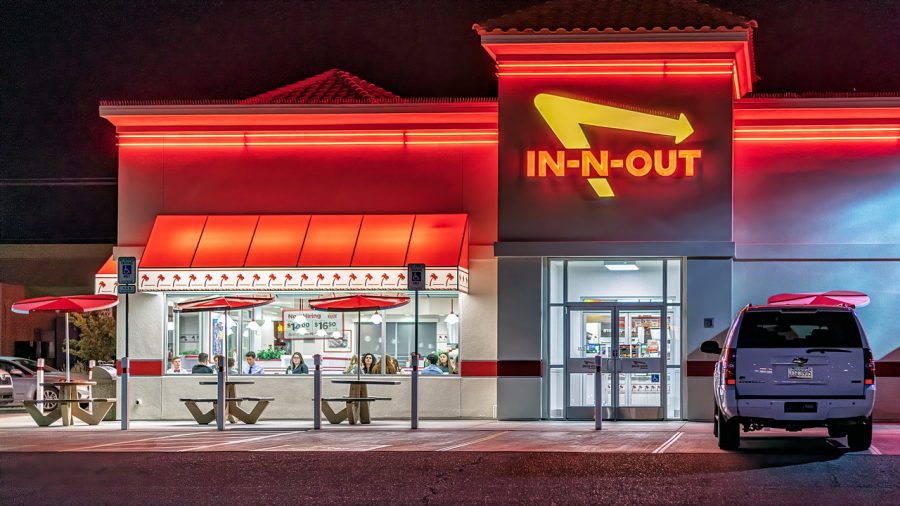 In-N-Out at night. Labled for reuse by creative common

In-N-Out was first established in 1948 in Baldwin Park, California. Within the first 7 decades, it expanded to a whopping 334 restaurants in six different states. Varying from California, Nevada, Arizona, Utah, Texas, Oregon, and most recently, Colorado. So what does that mean for Coloradans? Well, Colorado just got a big upgrade in the fast-food market and people are going crazy over it.

On November 20th, 2020, the first In-N-Out opened up in Aurora, Colorado, and Colorado Springs, Colorado. Not only bringing their “Animal Style” fries and their “Double Double,” but a 14-hour wait time to get these new burgers. Many customers believe the wait time is acceptable for these burgers.

Although the wait time is long during the day, one would think “maybe they aren’t as busy at night time.” This is definitely not the case for In-N-Out.

It’s unrealistic to think that the line would die down so close to the grand opening, especially since In-N-Out is such a popular place to eat on the West Coast and in the South-Western region of the United States.

“My brother and I decided to head over there around midnight, hoping the storm had died down; nope! There was still a pretty long line as anticipated, but it was manageable,” said Braden.

On the other hand, many others are disappointed with In-N-Out. They thought with such a big cult following, that In-N-Out would be the best burger to hit the market. Sadly that just wasn’t the case for them.

“Well I had been hearing about the hype for a while since they announced an In-N-Out was coming to Colorado Springs, so I went into this with very high expectations. Sadly, it just didn’t turn out the way I thought it would. I waited for two hours-plus for a burger that I could quite frankly get at steak and shake but even a little bit better,” said Sam Hutton, a junior at AAHS.

Even though the wait time has died down a little bit since the first week of its opening, there are still people flooding through the drive-through and into the restaurant.

The whole In-N-Out franchise originated in California, but it has grown to be an icon across America. No matter where these restaurants set up locations, it will always bring hordes of people, high expectations, and rumbling stomachs. I am very excited to see the heights that the In-N-Out restaurant chain will go and how big they will get. Maybe in the future, we will see more 14-hour long lines for the famous “Double Double” at In-N-Outs in Sydney, Australia, Tokyo, Japan, or maybe even Stuttgart, Germany.