The History of the Famous Candy-Corn 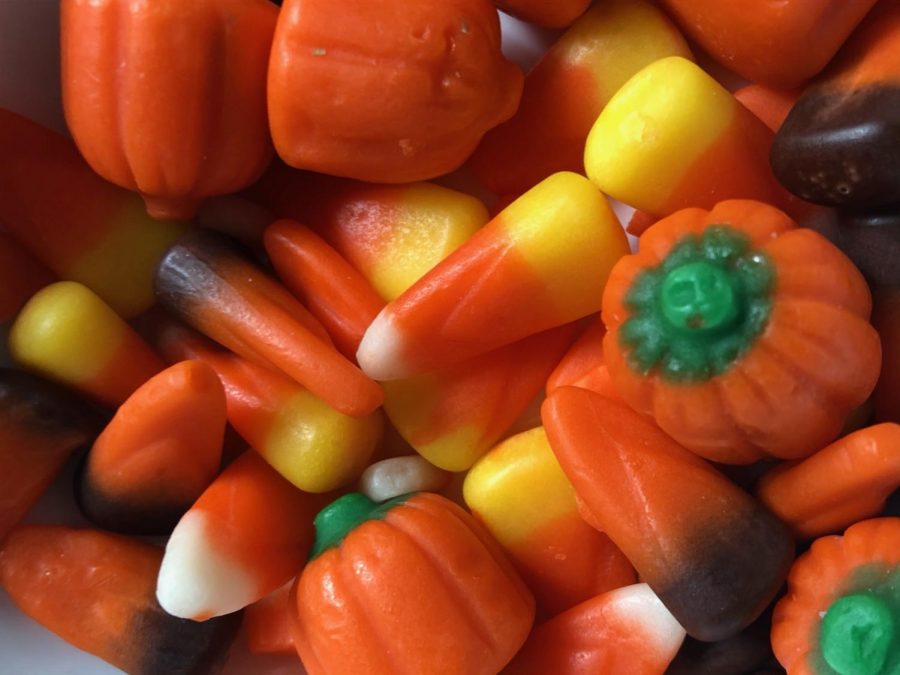 The 3 main types of candy corn including the original, the pumpkins, and the chocolate flavor

What if I told you a famous candy, both hated and loved, originated from the idea of chickens?

According to History.com, candy corn was invented by a man named George Renninger, who was an employee at Wunderle Candy Company, located in Philadelphia, Pennsylvania. Even though he was the one to invent the sweet candy, Goelitz Candy Company(now known as Jelly Belly Candy Company) made it popular. The candy company named the product chicken feed at the beginning of its time. Even after the name of the famous corn changed to candy corn it was still associated with chickens by using them on package covers and posters when marketing the product.

But is the famous candy that dates back to as early as 1898 good?

“I personally think it’s really good! It’s sweet and I like how it tastes” said Junior Abigail Ala.

She also has an opinion on whether the original candy corn or pumpkins are better, noing that “the pumpkins are just built better, yeah?”

How is the candy made? Corn syrup and sugar are blended then sugar and gelatin are whipped together and then a fondant is added to the mixture. Finally, the famous yellow and orange coloring is added.

A lot of other people, however, don’t like the classic treat. Whether it’s because of a bad experience or just a simple dislike for the candy, many people are adamant about their opinion.

Kimberlee Young, a staff member at Air Academy, explained, “I ate too much one Halloween when I was young and it made me feel sick. Very rarely I will have a piece.”

Junior Makenna Marshall explained that she and her family don’t like the taste because it can be too sweet and sugary.

“Because I am a very festive person I tolerate it and use it to decorate when I bake,” Marshall added.

Marshall also prefers the corn over the pumpkins because they are much easier on the stomach.

At the beginning of the candy corns’ time, it was available year-round. Kids were able to buy a bunch of them for very cheap but the candy was not yet associated with the famous holiday Halloween. Now, the majority of people do agree that the candy shouldn’t be year-round because of its festive properties and that it should stay a fall candy. After all, the candy is sold mostly around Halloween time. It became a Halloween stable after 1950 due to its autumn theme and the popularity of them as a trick or treating candy.

Whether you love it or hate it, candy corn is beloved by many people and continues to be a fall favorite.  The rich history and the bright fall colors certainly seem to make it an unforgettable candy.