What’s in Store for AAHS Track and Field? 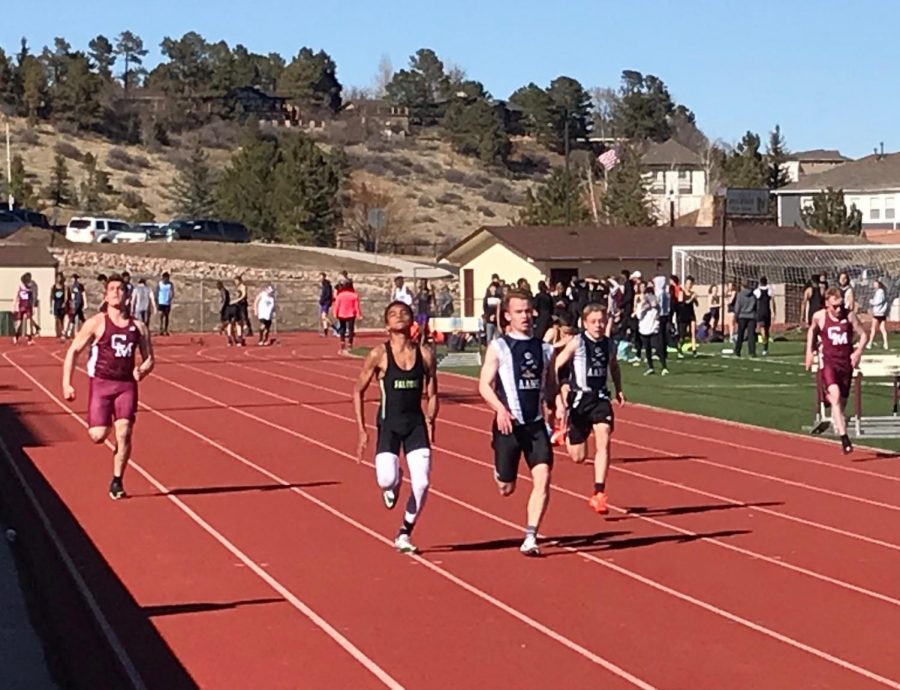 As hundreds of anxious athletes roam around the first track meet of the high school season, nervously preparing to run, jump, and throw their way onto the state podium in May, spectators can see the months of preparation and dedication. Air Academy High School Track and Field is no exception to displaying these virtues.

Every new season brings new expectations for an athletic team, especially for an individually-based sport, such as Track and Field. These expectations range from running a half-second faster in the one hundred meter dash to bringing home the state championship trophy in May.

With nearly 150 AAHS students crowding onto the track on the first day of tryouts, it’s safe to say that expectations for the upcoming season were significantly heightened.

Throughout the first week of every new season, Air Academy Track and Field coaches put new and returning athletes alike to the test, evaluating off-season conditioning, individual event prowess, and continually making suggestions and changes in every athlete’s running, jumping, or throwing form. Athletes are divided into two main groups, Varsity and Junior Varsity (JV), in an effort to develop younger athletes before matching up against some of the best athletes in the country on the Varsity lineup.

Returning sophomore Track and Field athlete Peter Braza commented, “I’m expecting our Varsity relay teams in particular to be fast and for everyone on the team to improve over the season.”

Coach Lee Routsong added, “If our athletes train hard and are dedicated, we will have a great year. Maybe a few school records will be broken.”

The first Varsity meet for AAHS Track and Field took place on Saturday, March 14 at Gary Berry Stadium. At this meet, the team showed much of the promise that was beginning to peek through during the first week of practices only two weeks earlier.

PPAC (Pikes Peak Athletic Conference) is the grouping of schools that all Air Academy sports face throughout every sports season. The winner of the PPAC championship for Track and Field is determined every year after the league championship meet in mid-April every season. Facing off against Cheyenne Mountain, Discovery Canyon, Falcon, Lewis Palmer, Palmer Ridge, Sand Creek, and Vista Ridge, our Air Academy Track and Field athletes are always in for a tough battle for athletic supremacy.

2019’s PPAC championship was held in CSU-Pueblo’s Neta and Eddie DeRose Thunderbowl in Pueblo, Colorado and our AAHS athletes fought hard, with the boys and girls teams both placing within the top half of the points standings.

Although it is certainly important for every athlete to stay focused on one meet at a time, most athletes and coaches alike can’t help but look forward to the biggest meets of the season.