The “Cool Kids” Make a Come Back: Band Echosmith Returns After Seven-Year Hiatus 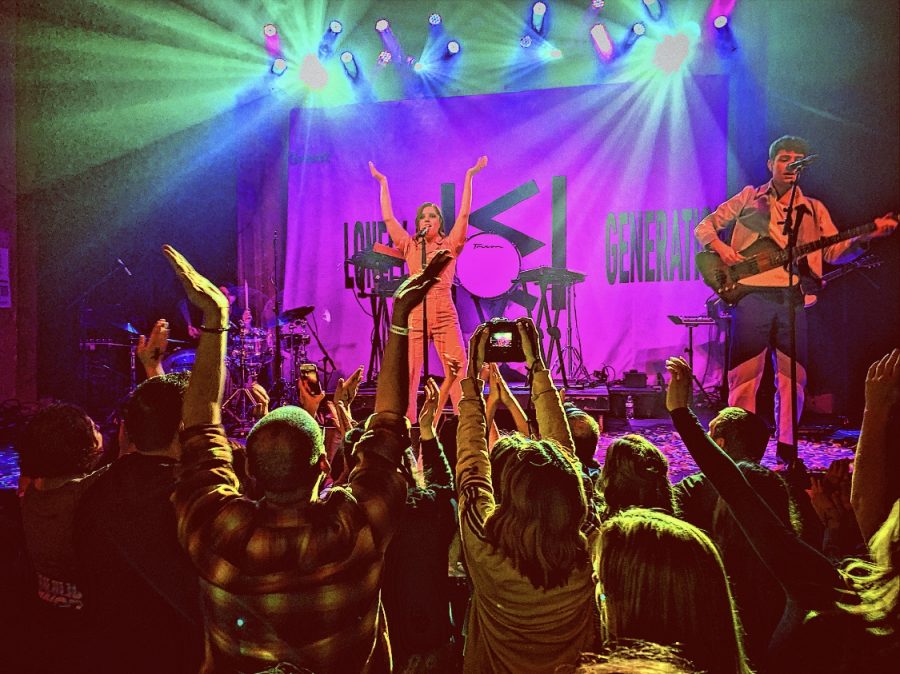 Fans clap along with Echosmith.

Echosmith, the indie-pop band notoriously known for their hit songs “Cool Kids” and “Bright” announced their North America tour starting February 2020. After a break of seven years, the trio made a comeback with their sophomore album, “Lonely Generation”.

From a young age, the four siblings were encouraged to engage with music as their father, Jeffery David, was a singer/songwriter and producer. Originally, the band consisted of lead singer Sydney Sierota, guitarist and vocalist Jamie Sierota, bass and vocalist Noah Sierota, and drummer Graham Sierota. Around 2015, though, Jamie parted ways with the band in order to focus on his home life with his wife and son.

In 2013, the band released their first album Talking Dreams, including their hit songs “Cool Kids” and “Bright,” with “Cool Kids” reaching number 13 on the Billboard Hot 100 and certified double platinum in the United States and Australia.

In 2015, Echosmith headlined their tour with The Colourists and opened for Twenty One Pilots during their Blurry Face tour.

The band released their seven-song EP Inside a Dream in 2017 and went on tour with openers Jena Rose and The Score.

The band’s new album Lonely Generation was produced by their long time collaborator and father. The album has an ’80s sound mixed with today’s modern pop. The band was careful not to completely change their sound but put a little twist on it. The album regarding lyrics is very relatable and mind-opening when it comes to today’s society and its obsession with social media.

On February 26, the band played in Denver at the Bluebird Theatre, sharing a very intimate and inspiring show with Jayden Bartels and Weathers.

The show started dim as fog filled the stage. As Sydney started the show off, she started greeting every fan in the front row by holding their hands and giving them hugs. The second the band hit the stage, everyone was singing and dancing along.

The band played songs from their previous album and their EP Inside a Dream. Before they played their song “Follow You,” Sydney explained that the song was her wedding gift to her husband and was their first dance. After a few songs, they slowed it down with their song “Everyone Cries” as their father played piano with them.

Sydney said, “I’ve heard so many stories over the past month [“Everyone Cries” has] been out on how these songs are affecting you and making you feel less alone and putting what you’re feeling into words.”

During their set, Graham had broken through his bass drum. However, that did not stop them from keeping the show alive. Sydney started introducing the band and the crew, and Noah even told the crowd a joke:

Noah asked, “What has green hair and can sing? Elvis Parsley.”

The band closed their show with “Cool Kids,” and everyone was singing along including security. As the band was preparing to walk offstage, they gave fans hugs, high fives and even drumsticks.

An Echosmith show is like no other. They make you feel like you’re part of the family. Throughout the show, they kept telling the audience how thankful they were for their love and support. You could tell how genuine it was because Sydney started tearing up.

There are not many bands who can display family like Echosmith. They constantly showed love to one another on stage by hugging each other, complimenting each other, and even singing from the same microphone. Sydney explains, “We wrote it as a family, and we are going to perform it as a family.”