Which Meme-Browsing Platform is Superior? 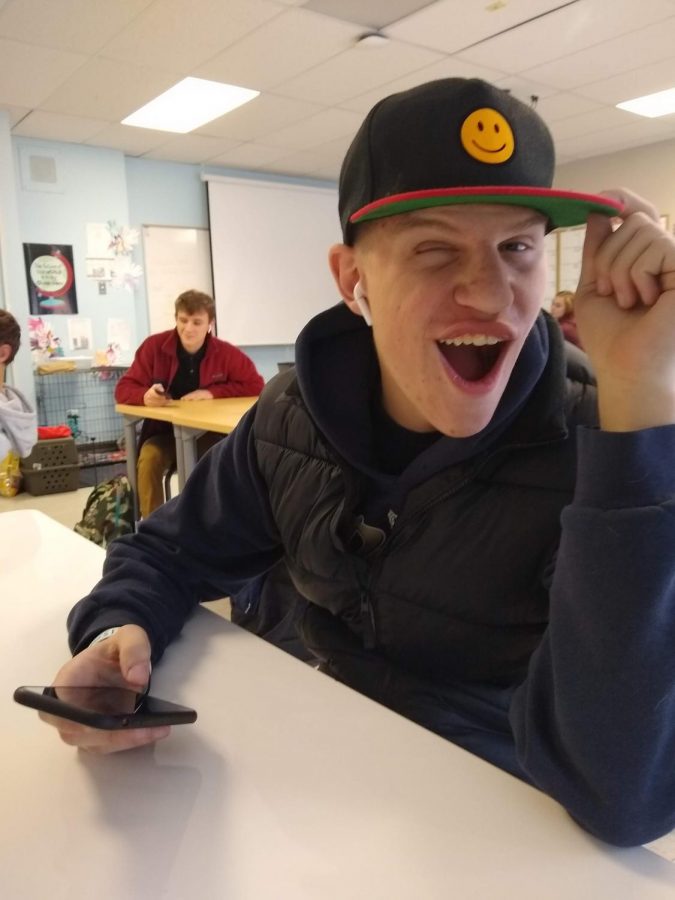 Junior Jonathan Hickey has a great time looking at the variety of hilarious memes offered on iFunny.

The world that we live in can be tough and stressful at times, and many find themselves needing time to unwind and share a few laughs. However, humor is dead, and it’s been replaced with something greater. A simple medicine:

As defined by Merriam-Webster, a meme is an “amusing or interesting item such as a captioned picture or video or a genre of items that is spread widely online, especially through social media.”

High school students are widely regarded as some of the funniest people in our society in general, and that is because they make the best memes. However, where do they find so many?

There is a variety of online social media platforms used for browsing memes. Some well-known platforms are:

Reddit: Often labeled as the “front page of the internet,” and claimed to be the source of the most original memes and content, Reddit can be regarded as the “meme hub” for social media.
Tumblr: Tumblr is an image-sharing platform usually used to share artwork and other original creations, but many quality memes can be found here too.
Instagram: Instagram is an everything platform used to share photos and videos from one’s personal life, repost news and current events, or just scroll down the endless feed of posts and memes.
4chan: A social media platform that uses imageboard texts to tell stories and share experiences, 4chan’s posts aren’t traditional memes, but the amount of irony and satire in its posts will draw many laughs.
iFunny: iFunny is a social media outlet specializing in memes specifically. Lots of stolen memes and some original content can be found here, and the platform even has its own merchandise.

Memes can also be found floating around the internet in the most unexpected places, such as a website googled at 4 am to browse memes (because that essay due at 7:45 am can wait just five more minutes, right?).

A lesser-known meme platform is Frinkiac, which is the largest online collection of Simpsons screencaps that can be used to caption and create memes.

If it’s really looked into, there are hundreds of social media platforms used to share and find memes. Every dank memer has their own taste and style when it comes to browsing, and each platform has its own unique style of memes and ways to filter results.