What is Happening to our Senior Traditions?

Here is the question everyone has been asking:

What happened to our senior traditions?

For the past three years, Air Academy seniors have been anticipating all the exciting events they anticipate doing as a class during their last high school moments, from silly ID pictures, the back-to-school assembly, senior parking paintings, powderpuff, the class bonfire and most importantly, graduation.

Now, though, some students might be wondering, how come I did not get to take a funny ID picture? Why did I have to take off my fake face tattoos with a makeup wipe?

Due to the district’s new rules, students have to have an appropriate picture in the photo directory in order for the district to identify students. It can be a bit challenging when seniors are dressed as another persona.

Of course, Air Academy’s location on a military base further complicates matters.

The first day back to school can be one of the most exciting days of the year for seniors. Students get to see their friends after weeks of being apart, meet new people and check out new classes and teachers.

Air Academy usually hosts the back-to-school assembly on the first day of school in the large gym. However, this year the assembly took place in the K-Dome a week into the new school year. That change gave the student council more freedom to plan a fun and memorable event. 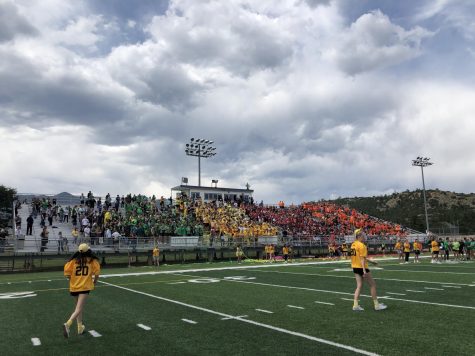 Air Academy Kadets gather at the school assembly in the K-Dome.

Have you noticed how colorful and unique the senior parking lot is? This is the second year that seniors have had the opportunity to customize their spots; seniors can thank the dean of students Julie Attias for that.

“Painting parking spots was a bonding opportunity for the seniors,” said Attias. 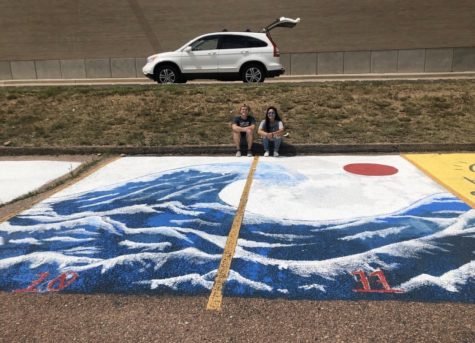 Senior Megan Lockhart explained, “I really looked forward to powder puff, but I felt that the senior team was at a disadvantage as there was only one practice rather than three.”

Lockhart is also apart of Air Academy’s Student Council and explained why this year’s traditions were changed. “It was because people aren’t showing up. Lack of participation ruins it for all of us. Some student coaches messed around during practice. It seems like a lot of people did it just for the jersey rather than the class spirit.” 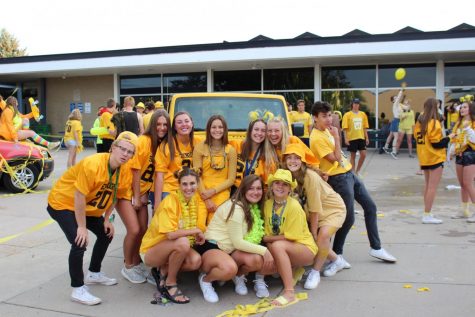 Seniors show off their powderpuff jerseys during senior sunrise.

This year was the first year that seniors had the boys cheering on the girls in a makeshift cheerleading team. During half time, the boys’ cheer team put on a spectacular show, showing off their school spirit

“I thought it was a good change, and even though the seniors were losing and we didn’t get as many practices as usual, it involved the seniors more when morale was low,” said senior and member of the makeshift cheer team Austin Kloss. 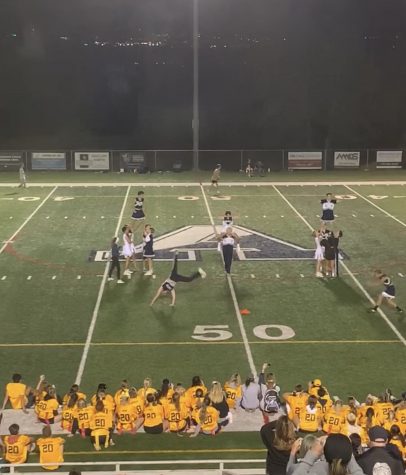 The boys cheer on the senior girls during powderpuff.

After the powderpuff game, students would usually join together around the bonfire. However, this year students did not have one. There are several valid reasons for the cancellation of this event.

First, the cost: the school has to pay the fire department for their services.

Second, the lack of attendance of students.

Over the last three years, the number of students who actually attend the bonfire has decreased.

Finally, there is graduation, which in the past years has taken place at the Clune Arena on the US Air Force Academy. However, this year graduation will be held at the World Arena. This change of venue may have some seniors bummed because it is tradition to graduate from the Clune Arena. This is due to construction changes at the original venue, so we have no choice but to move it to the World Arena. 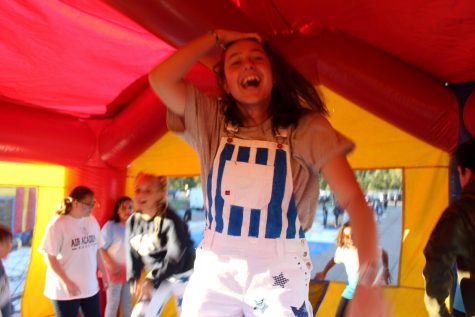 Senior Megan Lockhart jumps around at the improved tailgate.

Although seniors are all dealing with change, that does not mean students have to focus on the negative. Seniors have so many more opportunities to start new traditions for years to come.