Turn that Frown Upside Down: The Tale of Self-Deprecating Humor 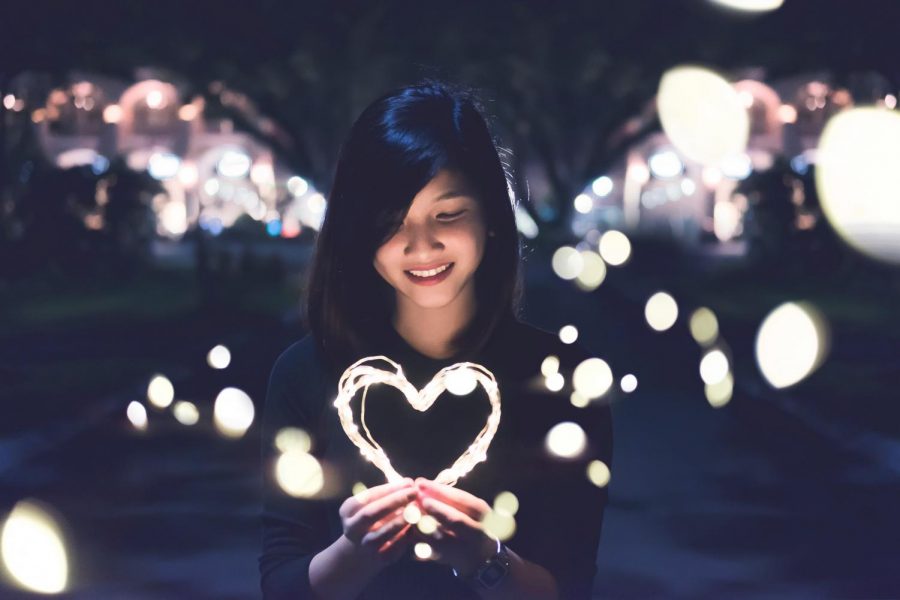 Self-deprecation can lead to low self-esteem; self-love and growth mindsets are important to mental health. Photo labeled for reuse by Bart Larue on Unsplash.com.

Nowadays, teenagers have to deal with negative commentary everywhere they go.

While many try to go home to escape it, dreadful thoughts often weigh on students no matter their circumstances. Social media and undeveloped brains can contribute to mental health issues.

High school students are an impressionable group of young adults. Anything slightly negative people say may stick with them throughout the remainder of the day. There are a few reasons for this: students’ brains have not fully developed, many are used to a more positive lifestyle, and they have an addiction to social media.

According to Rochester Medical Center a person’s brain is not classified as “fully developed” until they reach twenty-five years of age. Until this time in a person’s life, the frontal lobe of their brain is still wrestling with decision making. For the remainder of someone’s life, they will constantly be growing and changing.

Children and young adults are very impressionable. It is much easier for those who are younger and more insecure to have doubts and second-guess themselves frequently. In addition, their impressionability increases the likelihood that they will pick up the negative habits of those around them.

If they hear someone trying to make light of an insecurity by making a joke, then the impressionable child will more likely repeat these habits later down the road.

“Even I sometimes laugh about the skills I am not very strong in,” said Elizabeth Schlichter, science and AVID teacher.

If a self-deprecating comment receives positive reinforcement from those around them (i.e. laughter, applause), then they are more likely to repeat this phrase once again, causing a domino effect for everyone surrounded in their life.

Self-deprecation is much more common in a school setting, as well.

“This year I’ve been hearing a lot more self-deprecating talk than ever before. Some of it is joking, but the rest of it seems to be a lack of confidence,” said English teacher Joann Cassano.

Young adults are also much more familiar with earning praise after every small achievement, more typically in this generation. This can be okay; however, the delivery of praise may affect how a person will reach after each new goal, continuously seeking the same amount of worship after the repeated action.

“If a kid has low self-esteem to begin with,” psychology teacher Mike Hillstrom noted, “self-deprecation can reinforce how they feel about themselves.”

For example, if a teenager makes a self-deprecating comment and received laughs and applause in response, then that same teen will continuously make more negative connotations hoping for the same boost of confidence from peers who had originally commented on it.

In addition to peers, adults, mentors and role models also leave this same idea of building on to a person’s worth, whether they choose to believe it or not.

A teacher can reward a student by placing gold stars on their exam papers, and with an exchange of high-fives and footnotes written on assignments. Parents will push their kids to do the impossible because their kids are “special” and can achieve “anything they set their minds to.”

While some children may receive more reinforcement than others, society sets an expectation of what they are capable of. Many are constantly told they can “do amazing things” if they really put their minds to it.

A “fixed-mindset” is subtly placed into a person’s mind.

A person with a fixed-mindset will more likely depend on others’ praise and affirmations to build themselves up when they have made a mistake or didn’t live up to someone else’s expectations.

However, a growth-minded person will actually take every opportunity a failure has handed them and use it as a learning opportunity, and there is no such thing as too much knowledge.

Fixed-mindsets harm the psyche, making students feel as though they appear “less than” if they are not able to succeed.

Because a person had expectations of their capabilities built up to such a high extent, they were even more disappointed afterward. This disappointment may lead to unhealthy coping habits, self-deprecation being one of the many things young adults will turn to.

Finally, social media has played into negative commentary much more than one would anticipate.

It is so much easier to push away every obligation, feeling, and thought and turn on a phone screen instead.

On almost every social media platform, there are posts receiving thousands upon thousands of likes, that mention something seeming ‘relatable’ for teenagers and young adults.

If a teen spends significant time on media, they can even look at the number of likes and want to fit in, so they will immediately like the post as well and find a way to relate it back to themselves in some way, shape or form.

Everyone that is linked on social media only witnesses the good in the lives of other people, never the bad or the ugly. They are then left asking, “What’s wrong with me?” when their lives don’t match the lives they see on their screens.

“With screen time, people get caught up trying to be the best of the best,” said Schlichter.

Many of these feelings may be natural with growing up and maturing; however, “If you continue to think the worst of yourself, the more you will start to actually believe it,” said Hillstrom.

There are so many people and programs that someone can turn to if they are feeling bothered by something.

“Another thing I would suggest is to find your safe person—the person you can trust with anything. The ability to talk to this person and process everything I need, as well as getting outside feedback—really helps me work through all my issues,” said Cassano.

However, relationships are notably a two-way street; make sure if you see someone feeling down and you are genuinely concerned that you check up on them or notify a trusted adult if needed.

Schlichter advises, “If you genuinely think someone needs help, quietly walk up to someone and find an adult. Depending on your relationship with the person, it is also okay to say, ‘Don’t be so negative, let’s think about all your other amazing qualities.’”

When there is a lack of motivation throughout a school or business, most of the issues come from the student or employee themselves. To make up for their mistakes, they will blame the system, or everyone around them, as they remain in disbelief that it could ever be their fault.

“Time management & using resources are big weaknesses I’ve been witnessing, and those are skills you really need in the workplace,” said Cassano.

However, it is all in the mindset: fixed vs. growth.

Switching one’s mindset from fixed to growth is a great place to start.

However, changing a mindset isn’t as simple as turning the lights off, and it may take a lot of practice, but the payoff of added confidence will improve a person’s life.

“It takes time, and these struggles constantly morph. Just when you think you’ve got one thing figured out, another comes up, but that’s okay—it’s all part of moving through life and growing as a human. Allow yourself grace, don’t expect perfection, and focus on growth,” said Cassano.

Do not get so carried away in what everyone else is doing. As a reminder, emotions are completely natural, and the negative ones will change with time along with a shift in mindset.

Schlichter added, “You are worth it. Life is not perfect, but you know who you are, and you should value yourself.”