The Flip Side of The Story: An Iranian in the U.S 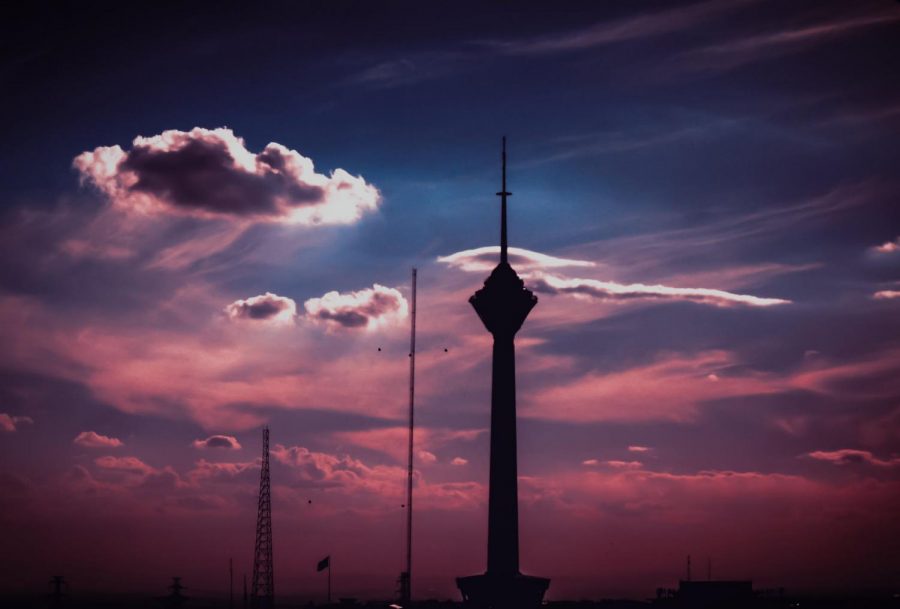 Picture of the Milad Tower in Tehran, Iran during the sunset. Property of Pexels.com.

“I will never forget the fear that rushed through me when I had to literally run to save my life,” said my mother Elham Ahmadi.

I grew up in Iran listening to her stories of war; she was raised in the Iran-Iraq War of the 1980s, an eight-year expanse of blaring alarm sounds that sent fear-filled families sprinting towards the limited bomb shelters. She told me stories of her little cousin’s school getting bombarded, leaving nothing but dust and agitated parents crying and searching for their children.

It’s not just a cluster of media coverage that pops up on newsfeeds just to stir some controversial debate. It is innocent people getting their loved ones taken away from them through drafts, not knowing when they can see them next, and thousands of children dying young, their last memories filled with shockwaves and blood.

The feeling that follows the survivors of war can be forever scarring.

Over a year ago, in the middle of the night, one of my family’s kitchen shelves randomly broke and fell to the ground, waking my mom and me up. I stood up dazed and confused and when I went to check on my mom, I saw her hiding under the bed; she believed it was a bomb going off.

That is what war does to people.

While people around me looked at their screens, laughing and sharing another WWIII joke, my mother and I were redialling the phone over and over again trying to reach the people back home. I was livid, unsure of how to show my face in school with hundreds of flying questions:

“What do you think about the ongoing conflict?”

“You’re Iranian right? Must be rough.”

To most people, Iran was just another headline on the news, just “another conflict in the Middle East.” To me, it was my homeland on the threat of being destroyed while I watched from the attacking side.

Iran was not always a target of negative media coverage and conflict. The nation possesses a rich and fascinating culture within each acre of its land. It is more than a war-torn wasteland.

To understand the history of Iran, one must go back to 559 BCE, when the Persian Empire was the leading power in the world.

“Iran was known as ‘the belt of the world’ because it was not only the leading source of oil and gasoline but also the most crucial communication route between European and Asian nations,” said Iranian civil engineer and political journalist Pedram Ahmadi, who I proudly call my uncle.

The earliest leaders of Persia, such as Cyrus the Great, established equal rights of expressing religion in the first Declaration of Human Rights nearly 1700 years before the Magna Carta.

The Islamic republic revolution of 1979 changed everything in Iran, destroying the separation of “church and state” and setting a religious leader as head of government. Some are supporters of the Islamic Republic and some not, despite all, everyone has been restricted in one way or another. The controversy over the different forms of government has sent the Iranians into internal conflict ever since. 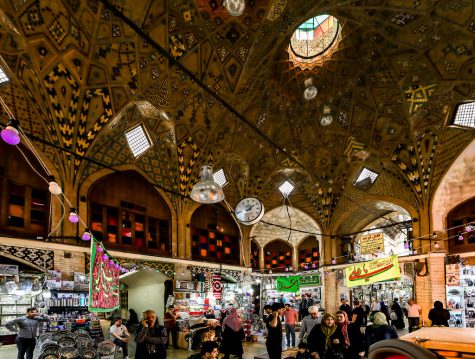 The Tehran Grand Bazar on April 28th, 2018. The Bazar still serves the purpose of a shopping city within the city. Property of Ninara from Flickr.

When the 2020 conflict rose between U.S and Iran, the Iranian people were already struggling with an ongoing since the early 2018 conflict of fuel protests. An additional war threat was rising on top of Iran’s internal instability.

“We migrated because we didn’t believe in the work of the Islamic republic, but Iran’s ground is still our ground, it is our motherland, and we will fight for it. I don’t want that land to get hurt,” said Elham Ahmadi.

Just like a large number of people, Ahmadi wishes there to be no war; her younger experiences of war make her aware of the unnecessary destruction both to a country and to the mentality of its people, and she wishes that on nobody.

However, one does not need to know the entire history of Iran to admire its rich taste in architecture, its flavorous food, and inviting people. The beautiful and complex design of the Azadi Tower is accented by the floral art on the street medians of Mirdamad Boulevard. The shops downtown are always crowded, and old merchants sit at their daily spots offering to fix anything from refrigerators to skirt zippers. Dining at restaurants resembles visiting family: the welcoming and friendly environment is topped off with phenomenal food. There is a story in each littered street corner and each tall apartment tower; all are worth hearing.

To me, Iran will forever be the most beautiful home. It is where I spent my childhood playing in the grass under its polluted air, and where I learned to ride my bike on its crooked roads. I want the media to cover more of that.

Just because some people speak Farsi and others speak English, does not mean they are enemies, just like how what is broadcasted of Iran on the news is not necessarily the whole story.

A conflict that strikes between a group of politicians does not necessarily have to cause war and death for millions of innocent people, whether they’re Iranian or American.

So whether the story is being told from here int he U.S, or over at Iran, there is always a flip side.

“Parmida, I hope one day you and your classmates can all come back to Iran, I will show you all that I have talked about,” concluded Pedram Ahmadi, “and show you that this nation is too beautiful to be destroyed.”