Class Selections at AAHS Are Far Less Intimidating Than They Seem 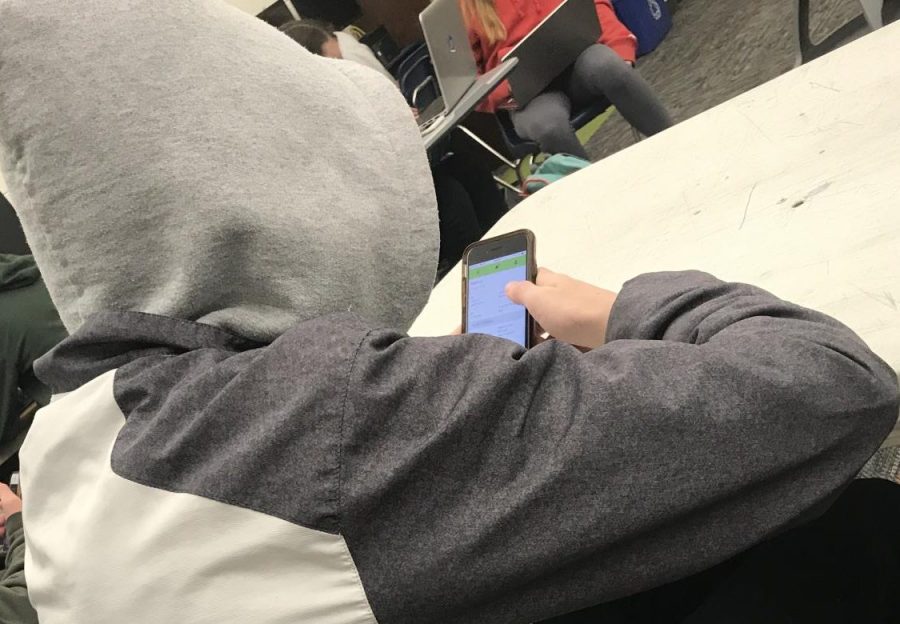 Sophomore Gabe Farrell looks over his schedule in anticipation for class selections.

The anxiety, the uncertainty, and the subtle onset of outright panic are setting in: next year’s class selections have arrived here at Air Academy.

Although this time is generally associated with stress, according to school staff, it doesn’t have to be.

From credit requirements to post-high school interests, class selections carry heavy weights on their metaphorical shoulders, and this weight is more often than not shared with the students it affects. Using an online program with clear available class options, credit requirements, and a detailed representation of a student’s four years here at Air Academy, administration is certainly making class selections much less of a dreaded part of the high school experience.

Counselors Sherri O’Lonergan, Sean Brotherton, Erica Riggs, and Lynda Powell all make their rounds across Social Studies classes during the month of January in an effort to soothe the seemingly inevitable panic across the student community by demonstrating and simplifying the class selection process.

When asked about his stance on class selections at Air Academy, sophomore Gabriel Farrell responded, “It’s pretty simple, we log on and get a lot of options to choose from class-wise, and you get a pretty good idea of your next few years here.”

Freshman Lola Feilke is getting ready to design her four-year class plan here at Air Academy, “There are more options than at Eagleview, and you can definitely focus on what you really want to learn.”

So even after these efforts and contributions by the school administration, why does the month of January continue to be associated with feelings of apprehension and indefinite anxiety?

Being the first month of school after the long winter break, students during January are less likely to have the sunny disposition commonly observed during months like August or April. Coupled with the added stress of second semester assignments, students of all grade levels at Air Academy are certainly less eager to make a benchmark plan of their remaining years in high school.

Although some classes can always be swapped at anytime by meeting with a counselor, the perceived permanence and serious demeanor of class selections often lead students to feel as if their future depends on their decision between Intro to Engineering or Racquet Sports.

Counselors are aware of the difficult position that students are put in during class selections, and have made countless efforts towards putting students’ minds at ease during the nearly 2 month period where students make their selections. If a current freshman or new student is undergoing the trepidation associated with school schedules, upperclassmen or returning sophomores are reliable sources for honest advice.

“For picking classes, you really want to pick something that you’re interested in or talk to some people that have taken those classes before, and if you aren’t happy with the classes you picked, you always have the opportunity to switch out,” said Ferrell.

The class selection period has opened for this semester, and the last day to submit class selections is on February 28, giving plenty of time for every student to create their benchmark plan.