Anti-Semitism Has Gone On for Too Long; We Need to do Something About It 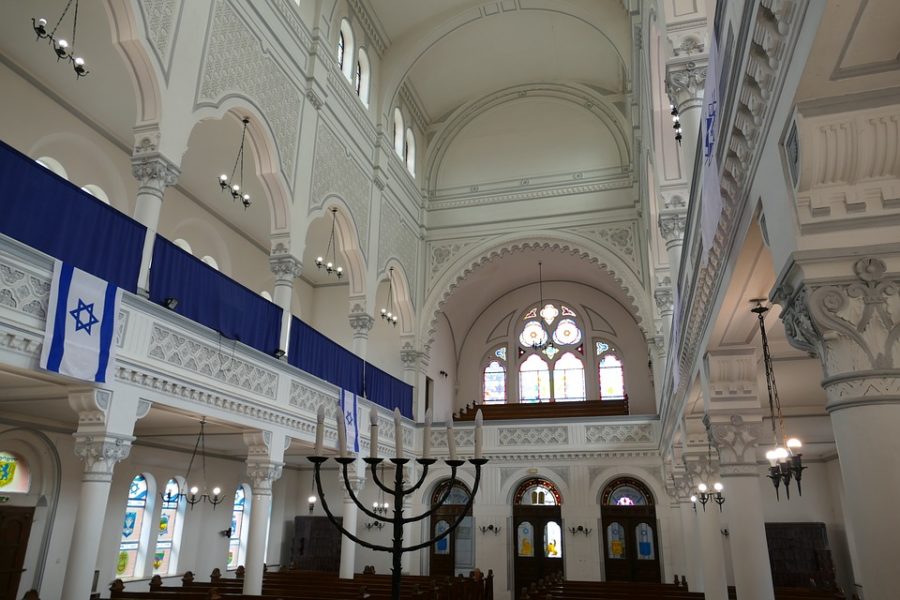 Jewish synagogues like this one are being attacked by antisemitic terrorists. Labeled for reuse by Pixabay.

According to Worldometers, the current population of the world is around 7.7 billion. Only around 14 million of those people are Jewish. The Jewish religion is one of the smaller populated religions. But it wasn’t always this small.

According to Popular Logistics, the total world population before World War 2 was about 2.3 billion and the Jewish population was around 17 million. More than six million Jewish people were killed in the Holocaust.

Since then, the Jewish population obviously has dropped, while the rest of the world’s population has increased.

Because Jews are such a minority, discrimination has been a huge issue that needs to be fixed. Antisemitism has been and still is a current problem in this world. No, this prejudice did not start with the Holocaust, but long before it.

Anti-Semitism is defined as “hostility or prejudice against Jewish people.” Anti-Semitic attitudes date back to ancient times. During the middle ages in Europe, Jewish people were denied citizenship and forced to live in ghettos.

The discrimination even dates all the way back to Roman times, when Roman authorities destroyed the Jewish temple in Jerusalem and forced Jews to leave Palestine.

But the most terrible event in Jewish history was the Holocaust. The Holocaust was a period in history at the time of World War 2 when millions of Jews were murdered simply because of their religion and ethnicity. These killings were led by German dictator Adolf Hitler. Jews were the main target of the Nazis, and while Romany people, or “gypsies,” the Polish, and others were victims as well, Jewish people comprised the largest number of deaths.

Nearly seven out of every 10 Jews in Europe were murdered because of their identity. Jewish men, women and children were sent to concentration camps and murdered or gassed to death. Some Jews escaped or survived, but most were not so fortunate.

Not only did this harm to Jews happen long ago, but it is a current problem.

In October of 2018, 11 people were killed in a Jewish Synagogue in Pittsburgh. Robert D. Bowers stormed into the Tree of Life Congregation, shouted anti-Semitic slurs and opened fire inside that synagogue, killing 11 congregants and wounding four police officers and two others.

And that’s not all.

Terrible anti-Semitic acts have been occurring with alarming regularity.

In October of this year, a 27-year-old man named Richard Holzer claiming to be white supremacist was arrested by the FBI accused of plotting to bomb a synagogue in Pueblo, Colorado.

“…Holzer had brought a knife and a mask to a motel room and was examining inert pipe bombs prepared by undercover agents moments before he was arrested, according to a criminal complaint,” said CNN.

He was charged with attempting to obstruct the free exercise of religious beliefs with the attempted use of explosives. In court documents, officials called him a domestic terrorist.

Just this week, on December 10th, there was a shooting inside a kosher supermarket, a supermarket that caters to some Jews, in Jersey City, New Jersey. The event left 6 people dead, including a police officer.

Anti-Semitism has also been on the rise on school campuses.

While this executive order is a step in the right direction, we still have a long way to go. One thing is certain: the events that have occurred throughout history and unfortunately continue to occur have battered the Jewish people. Their lives, religious freedom, and safety have been taken from them and it must stop–not only for their sake, but for the sake of minority groups’ protection throughout the nation and world as a whole.

Ultimately, though, Jews have survived throughout the discrimination with unending perseverance, and they continue to serve as a motivation for peace and religious equal rights.