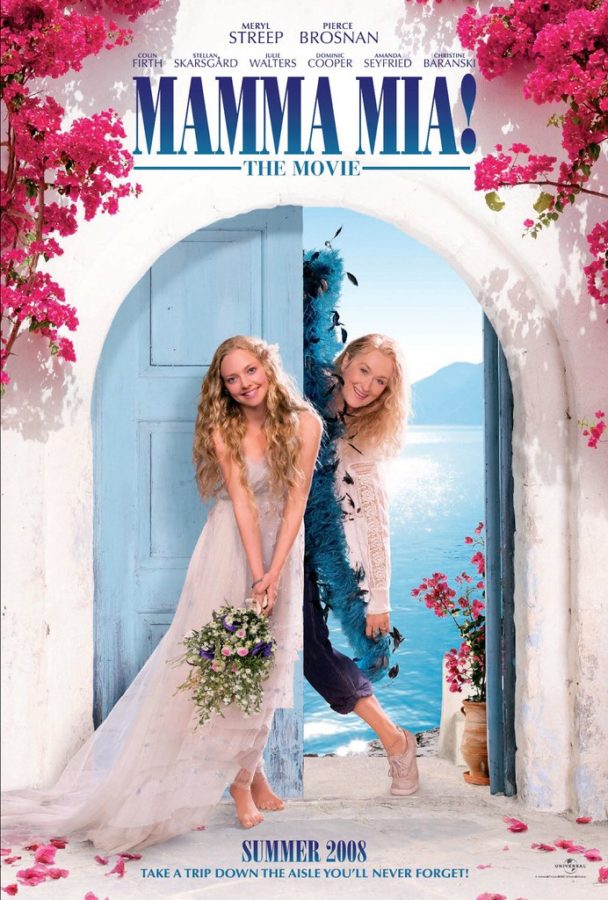 Mamma Mia poster from the movie version of the show. Labeled for reuse by flicker.com.

Air Academy’s Musicals are well known for being huge spectacles for students, teachers and parents alike.

From the dark and gritty “Les Miserables” to the comedic and lighthearted “Joseph and the Technicolored Dreamcoat,” Air Academy has been producing musicals that entertain the masses for years. Air Academy’s “Les Miserables” sold-out shows on all three performing nights.

Naturally, Air Academy’s upcoming musical “Mamma Mia” is already on its way and students are wondering how they should prepare.

Students must prepare one of two vocal auditions that can be found in a google link or QR code that will be available before winter break has begun. Students must also fill out a behavior agreement and online audition application. Dancers are encouraged to prepare a 30-60 second dance that is self-choreographed.

Auditions will begin with the start of the spring semester on the first day back from break. They will be held Wednesday, Jan. 8 and Thursday, Jan. 9 auditions in the auditorium at 3 p.m. sharp.

Callbacks are invitation-only, meaning the only students allowed to go are those who have been given permission to go. Callbacks do NOT mean that you are or are not in the show. Callbacks are just an opportunity to see more out of actors, so whether or not you are called back, no assumptions can be made.

Whether you’re a theater veteran or a brand new student who just wants to try something new, Air Academy’s theater program has always been searching for more talent. Every grade is encouraged to audition, as in past years every grade has been represented.

There have been various styles of shows throughout the years and this year is no different. “Mamma Mia” is well adored by many fans of the famous movie starring Meryl Streep, and the musical is just as bombastic and wild as the silver screen’s story. The sets are illustrious, the songs are all from ABBA’s famed soundtrack, the dancing is full, and the story is totally unique.

The show centers on a daughter, Sophie, and mother, Donna, who are attempting to uncover who Sophie’s father is out of three of Donna’s previous partners before Sophie’s marriage to her fiance, Sky. Love and laughter fill the musical with funny and heartwarming moments as Sophie learns more about her possible fathers and Donna.

If acting and singing isn’t your thing, though, tech is always an option.

Musicals can always use more help behind the stage. Students involved in tech help build the set, operate lights and sound, and breathe life into the set by changing backgrounds and operating curtains.

Students interested in tech do not need to show up for auditions. Information for the tech will be posted later in the spring and joining requires no auditions.

After winter break, the show is in full swing. Auditions are right around the corner so don’t miss them. For new students, join the stage. For all the previous theater geeks, get ready: Here we go again.