We Didn’t Start the Fire…Or Did We? 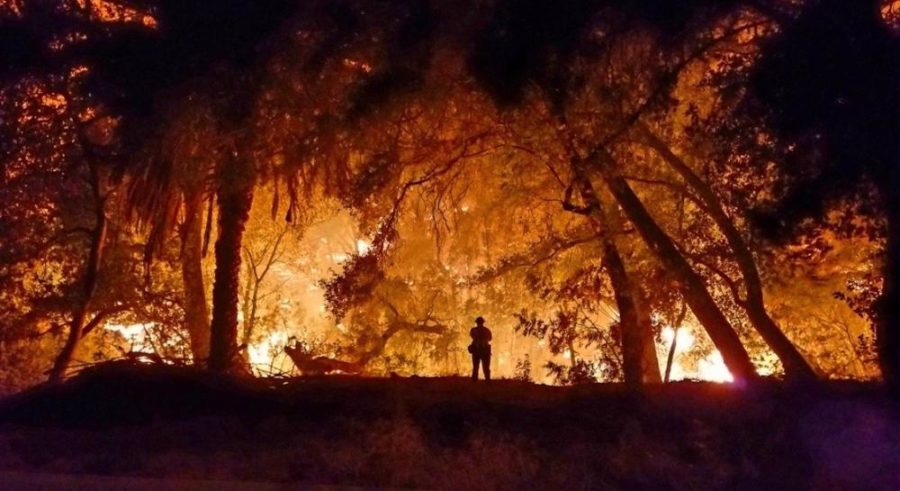 The California fire intensifies and is captured by Art Doyle, Senior Fire Fighter of the Los Angeles Fire Department.

The fiery skies hover above the city; it is so murky that even the city lights are covered in smoke. As noxious air fills the neighborhoods in Los Angeles, California, fearful families are forced to evacuate their homes. There is nothing people can do to stop this inevitable disaster other than ‘share and repost,’ according to many social media and news sources.

The Getty Fire in Los Angeles, California started on Monday, October 28, 2019 around 1:30 am when a tree branch struck a power line during a windstorm. The fire has burned 745 acres as of November 1, 2019, according to the LA Times.

Wildfires spread rapidly and enlarge due to lack of bush clearance, which is the act of trimming and maintaining the landscaping in one’s yard.

Senior Firefighter Art Doyle at the Los Angeles Fire Department describes the flames as being “two hundred feet tall” and give off the sound of “a jet engine taking off.”

“Flames on the ground can move as fast as 50 miles per hour,” explained Doyle.

What exactly is starting these fires? It is a mix of elements; there is not just one single cause.

Five firefighters have been injured due to helping with the most recent California fires, but none of the injuries have been life-threatening.

Although the fires have been contained entirely in recent days, they lasted for months, and the likelihood another enormous fire will start in coming years is extremely high.

However, California is clearly not the only place where fires are currently a problem, considering Colorado has had a multitude of fires within the past ten years.

Being surrounded by pine trees, dry grass, and open spaces, wildfires should be on our radar, whether someone comes from Colorado, California, or anywhere else. It can happen in the blink of an eye.

Both disasters ended up claiming two lives each.

Students may feel powerless, as though there is nothing they can do.

On the contrary, we have more of a say in what direction we head in than anyone else. Let’s speak up and use our voices. It is our future: let’s do something about it.

There are many different ways students can help make a change and help in controlling natural disasters like wildfires.

Sometimes, it is best to start from square one and become informed about what is happening, even if it isn’t in your state. California fires can connect easily to Colorado. whether you have family in impacted states, or a fire starts similarly near your location.

Students can participate in changing little steps throughout their day-to-day routines, such as changing to energy-efficient light bulbs, turning off the TV when it is not in use, and even incorporating vegetarian meals on occasion.

Turning off electricity and being smart about when you are using it, and cutting down on animal products actually saves energy and carbon fuel.

There are also many programs that anyone can be a part of, such as the Rocky Mountain Field Institute, which is a volunteer program that helps repair trails and areas that were harmed from fires.

There have been a multitude of disasters such as these, both natural and human-caused, and there will continue to be more if nothing is done to stop them. Reposting can only make such a difference. 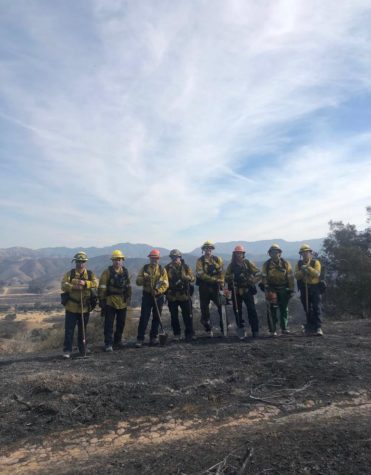 Los Angeles Fire Fighter team and the reminisce of a breakout fire.