The Evolution of Thanksgiving Traditions Throughout America 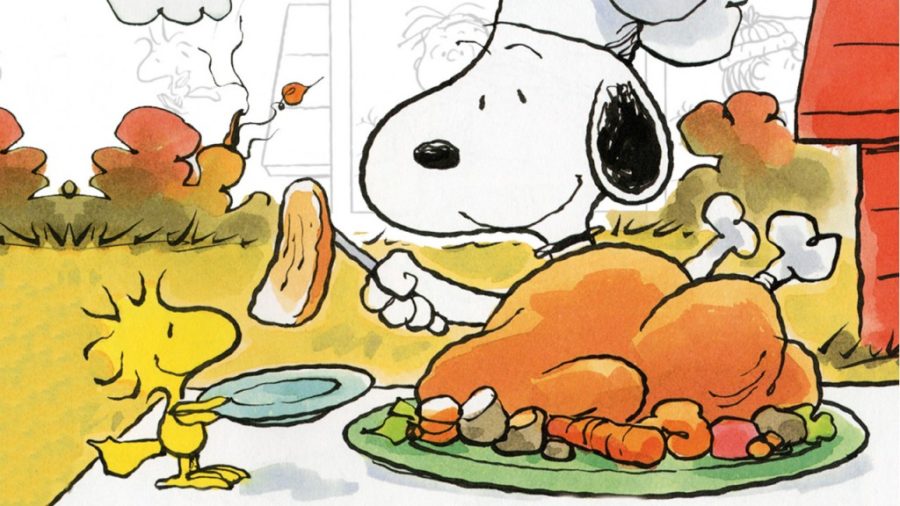 It’s November. The leaves are falling, birds are migrating, and with the Christmas season just around the corner, students of Air Academy High School are eager to leave their school work behind and celebrate Thanksgiving.
Thanksgiving started on a November evening on 1621. It was originally celebrated when the pilgrims and Native Americans created a peace treaty to reduce the risk of conflict. The pilgrims gave thanks to the natives who taught the pilgrims to hunt, harvest and protect themselves during the harsh weather of the region that would soon be known as Massachusetts.
The tradition continued to grow in 1863, when Abraham Lincoln set the official date for Thanksgiving as the last Thursday of November. The official “Thanksgiving Day” was born.
Thanksgiving traditions can come in the form of food and festivities.
Although many Americans eat pie and turkey for Thanksgiving, the pilgrims and Native Americans instead enjoyed whole fresh cranberries, deer and duck and many types of fruits and nuts; turkey and pie became delicacies that later generations enjoyed.
Some families make their Thanksgiving meal from scratch, while other families buy their Thanksgiving dinner at a store.
Although the typical custom of Thanksgiving is to sit down with friends and family, some families, like Freshman Olivia Carr’s, skip the traditional Thanksgiving dinner. “…[W]e go to the beach or Disneyland because of the short lines [during the holiday],” she said.
Festivities for Thanksgiving are another essential part of its traditions. For example, Native American and pilgrim children would play games and sing songs.
In modern America, though, many children watch games instead of playing them. The Detroit Lions from the National Football League play every Thanksgiving with an opposing team. This ritual has become a tradition to many football fans.
Like many Americans, Sophomore Allison Graham enjoys watching the Macy’s Thanksgiving Parade, a festival hosted in New York City where musicians, floats, and balloons of children’s favorite movies and TV show characters walk down the windy Herald Square.
Another tradition students do with their families is to prepare for Christmas.
“On Thanksgiving, my family does an ornament exchange, where we give each other ornaments for the Christmas tree,” sophomore Liberty Zavorka said.
Thanksgiving traditions have changed over time–from the days where pilgrims and Native Americans said thanks to one another in a new world to Abraham Lincoln declaring the official day of thanksgiving, from eating deer and ducks to eating turkey and pumpkin pies, and from watching football to enjoying the Thanksgiving Day Parade with family.
Although the meaning of the Thanksgiving has changed over time, the ritual of giving thanks for others has persisted throughout the years, and now family and friends have an opportunity to express their thanks for one another every year.

Happy Thanksgiving to every student and teacher at Air Academy High School!