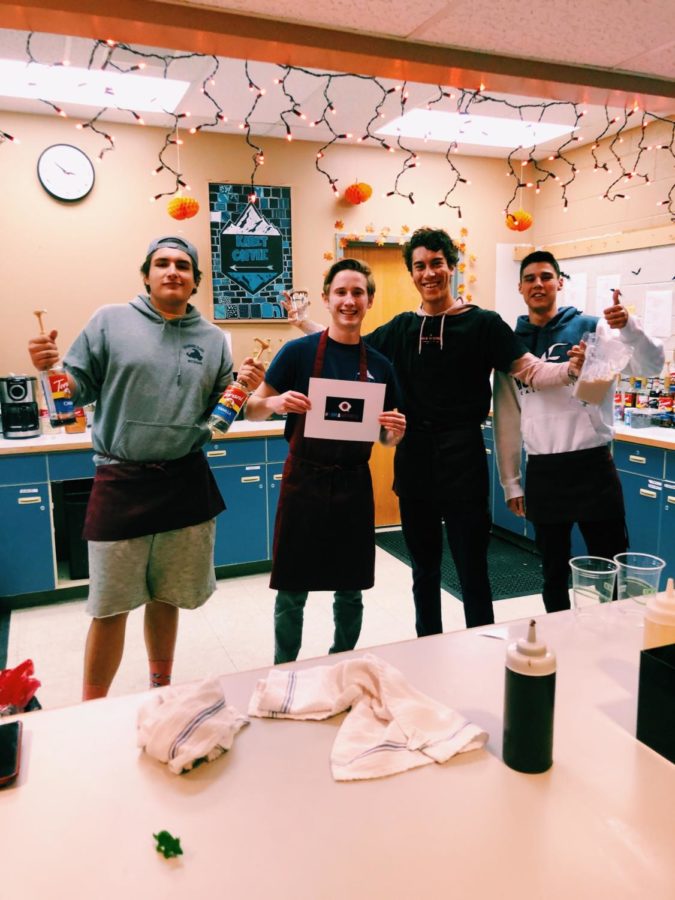 In America alone, 1 in 5 students ages 12-18 are bullied during the school year.

That’s over 5 million students, who endure physical, emotional, and verbal abuse every day from their peers in what is supposed to be a safe space.

So what do we do?

There is a program specifically designed to make Air Academy High School and other schools all over the world better communities. This program is called I Am A Witness (IAAW).

There are signs bearing the IAAW logo all over Air Academy, but many students don’t know what it is. Even the Dean of Students Julie Attias didn’t recognize its name.

IAAW was developed in 2014 and has been changing lives ever since. It has come out with numerous programs to encourage teens to make a stand against abuse.

This campaign is meant for the silent witnesses who see bullying everyday. It is meant to take them from passive individuals and allow them to become united in one goal. This goal is to create an empowered group who raise awareness of bullying, shift the ideology around it and take action to stop it.

Some of the students at Air Academy have said that they have witnessed bullying in the halls, and sometimes it’s not always clear what is happening.

Senior Tatum Miller said, “I feel like you see a lot of it, and sometimes I can’t tell if it’s [joking] or if it’s not.”

The website that heads up the campaign has resources for situations like this. It has checklists and other materials to help identify bullying in school situations.

Sometimes, though, bullying is very obvious. “It was between someone who sat with us at lunch and another friend of ours,” sophomore Layla Pappas said. “The first girl was saying really mean things and throwing food. It got to the point where we had to tell someone.”

Pappas’ story ends with adult involvement, but not all end up that way. Many bullying stories go unnoticed and kids don’t get the help they need.

I am a Witness is here to stop that.  IAAW has a specific emoji available for Apple products, its logo. The emoji is meant to provide a way for kids all over social media to create a support system. Sharing the emoji is simple and easy and shows love and support for a victim of bullying. It can boost a person up and give them the courage needed to get help or do something about the problem.

“When teasing starts to affect the learning, performance and behavior in school is when it becomes bullying,” Attias said. “This is where we step in to help the child get the support they need, whether it’s law enforcement or something else.”

When someone does get the courage to make a stand, it can make a huge difference in their life. When bullying victims and witnesses come forward, they allow people to become support for them. Attias is one of the many people at Air Academy here to support and care for the students.

IAAW has provided many resources available to the students of Air Academy and students all over America. If you see bullying, make a stand and become a witness. Bullying is often not an easy thing to deal with and ignoring it can make it worse. As a community we may become empowered and make an impact for generations to come.