Progress on the Mission to Mars 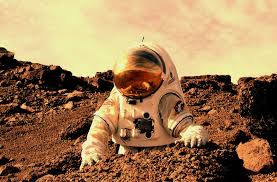 How is humanity faring in the mission to our celestial neighbor? (NASA Human Mission to Mars)

In 1950, Ray Bradbury published a series of short stories titled The Martian Chronicles, which told of humans who had colonized Mars and their daily struggles. Other works of science fiction, along with the moon landing, excited the public, sparking a curiosity of the red planet in the hearts of millions of people. In the 80s, many people were hoping for humans to begin colonizing mars by the year 2000, which obviously never came to be.

However, the desire to settle on the red planet has recently been reignited, and this time people aren’t relying solely on NASA. Companies like SpaceX and Mars One are dedicated and determined to bring mankind out of the bounds of Earth.

Settling on our planetary neighbor isn’t an easy task, and in a world that humans were not built to live on, anything could go wrong. Extensive research is being done to gather as much information as possible on matters of both safety and expectations.

NASA recently sent a rover, Insight, on a mission to discover more about the interior of the planet using cutting-edge technology. NASA has stated that they plan for the mission to last approximately two years, during which time they’ll gain extensive information on Mars’ internal temperature and planetary activity.

Insight also has an active twitter page that shows Mars from its point of view. Every picture and video is accompanied by an explanation worded as if the rover were a YouTube vlogger. 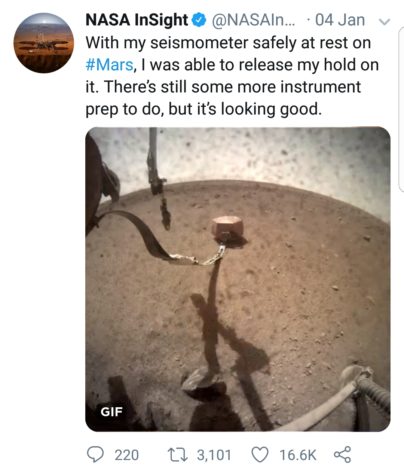 Meanwhile, Curiosity, NASA’s rover sent to Mars in 2011, is still gaining information. According to NASA, Curiosity was originally sent to inspect the conditions of Mars in order to determine if the planet would be capable of supporting life on a microbial scale.

Currently, however, both rovers are facing a threat that originally was thought to be taken care of: Mars rocks. Each rover has six aluminum wheels, which were specially designed for harsh terrain. However, large, sharp rocks have begun to severely damage the wheels on Curiosity.

Of course, there’s no real way to repair the damage, as there’s no body shop on the red planet. Luckily, Insight is performing most of its mission in one spot.

Many space-exploration enthusiasts anxiously anticipate the sending of a manned space-craft to our interstellar neighbor.

NASA, SpaceX and Mars One are all determined to land humans on Mars, though Mars One is more focused on the long term goal of establishing an entire settlement of people.

If that doesn’t seem ambitious enough, they also have a community of applicants registering to travel to mars known as “The Mars 100.” Those who wish to join must submit an application online and be selected before being put through trials to examine endurance, strength, teamwork, trust and survival.

Groups in the 100 will be sent in 26 month intervals, slowly building up the population until, hopefully, they will be self-reliant by reproducing and growing their own plants.

Over 200,000 people across the globe signed up for the mission, hoping to be a part of the new interplanetary age of humanity. Every one of them wants to go for their own reasons, and it isn’t hard to imagine why.

“I would go,” said Freshman Angel Jimenez, “it’s a new opportunity to see new things, to be a part of a new event in history.”

However, not everyone shares Angel’s desire, as shown by Sophomore Tessa Morse. “There wouldn’t be much civilization, and I like being around people,” said Morse. “I like nature… on Earth.”

The first application process took place in 2013, so no one can apply at the moment, but Mars One has stated that they will be opening up more applications in the future, so stay tuned.

Landing on Mars would be a world changing event, and settling on it would shift humanity’s ways of life forever. This mission is only the second step in a long and eventful future ahead of us. “I really think we’ll go as far as we can in the universe,” said Cynthea Hatcher, an astronomy teacher at AAHS. “I don’t see us stopping anytime in the future.”