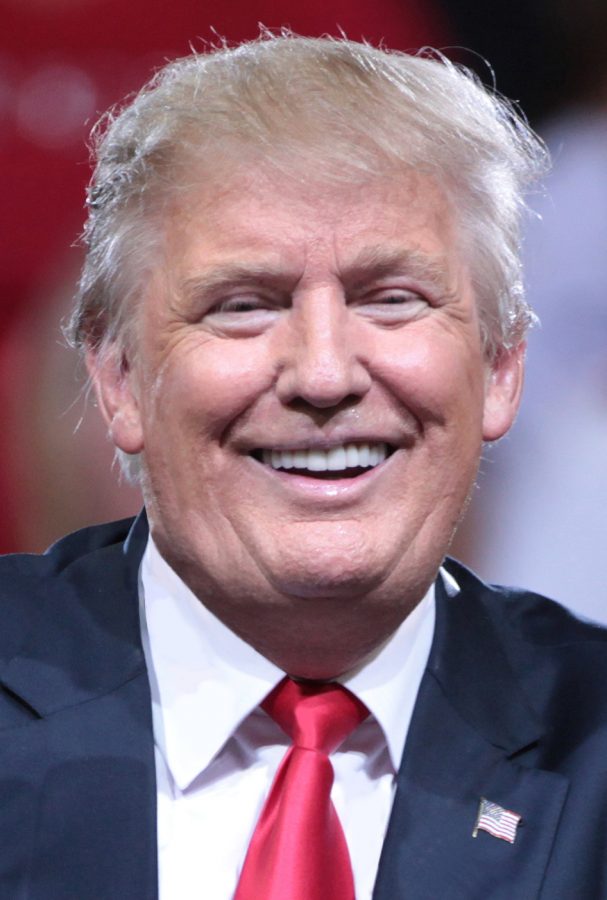 Photo via Wikimedia under the Creative Commons license.

A year and a half ago, at the start of one of the longest and most agonizing elections to date, Donald J. Trump declared his candidacy on June 16, 2015. Many assumed that this was yet another publicity stunt by the multi-billionaire Donald Trump. However, America soon realized that a Trump presidency was very possible. Obviously, it became reality. On Tuesday the 8th, Donald Trump was elected the 45th president of the United States.

Election statistics presented by Google (with statistics from votinginfo.org, techandciviclife.org, and democracy.works) provided a clear overview of the election results. Donald Trump won the presidency over Hillary Clinton with a electoral count of 290 over 228, respectively, with 20 electoral votes remaining. Republicans narrowly gained an exact majority in the Senate over the Democrats with 51 to 48. Republicans also gained a majority in the House of Representatives with 239 over 192. With an open seat in the Supreme Court, the Republicans have an almost guaranteed opportunity to gain control of all three branches of the government. With both a Republican controlled legislative and executive branch, they have no reason not to.

Donald Trump being elected was a shocking outcome to many. Very few polls throughout the entire election predicted a Trump presidency. Before the actual election, almost every news and polling agency perceived Trump’s path to the presidency extremely narrow, if not impossible. But as Trump won key battleground states like Florida and Ohio during election night, those predictions drastically changed as everyone realized that Trump would win.

For Hillary Clinton and the Democratic Party, this election was a major upset, most notably because Hillary Clinton won the popular vote in America. This election seems to be reminiscent of the 2000 election between George W. Bush and Al Gore, where the Electoral College gave the presidency to the least popular candidate. Hillary Clinton won about 668,000 more votes that Donald Trump; but due to how the Electoral College is set up (and because America is not based on a popular vote system), Donald Trump won the presidency. At the very least, this outcome has re-sparked the heated debate over the validity and fairness of the Electoral College, as seen through the recent “Trump is not our president” protests throughout America.

The actual demographics for the 2016 presidential election will not be compiled and released for quite some time, but it is apparent that voter turnout was down from previous elections. According to Business Insider on November 14th, “only 58% of the country’s 232 million eligible voters actually voted this year.” According to CNN on November 12th, this is the lowest voter turnout “since 1996, when 53.5% of voting-age citizens turned out.” One can only speculate as to why this happened, but it is sure to have played a part in the overall outcome of this controversial election.

On a local level:

Overall, the 2016 election was a vital victory for the Republican Party. Regardless of what happens from here on out, this election will go down in the history books.